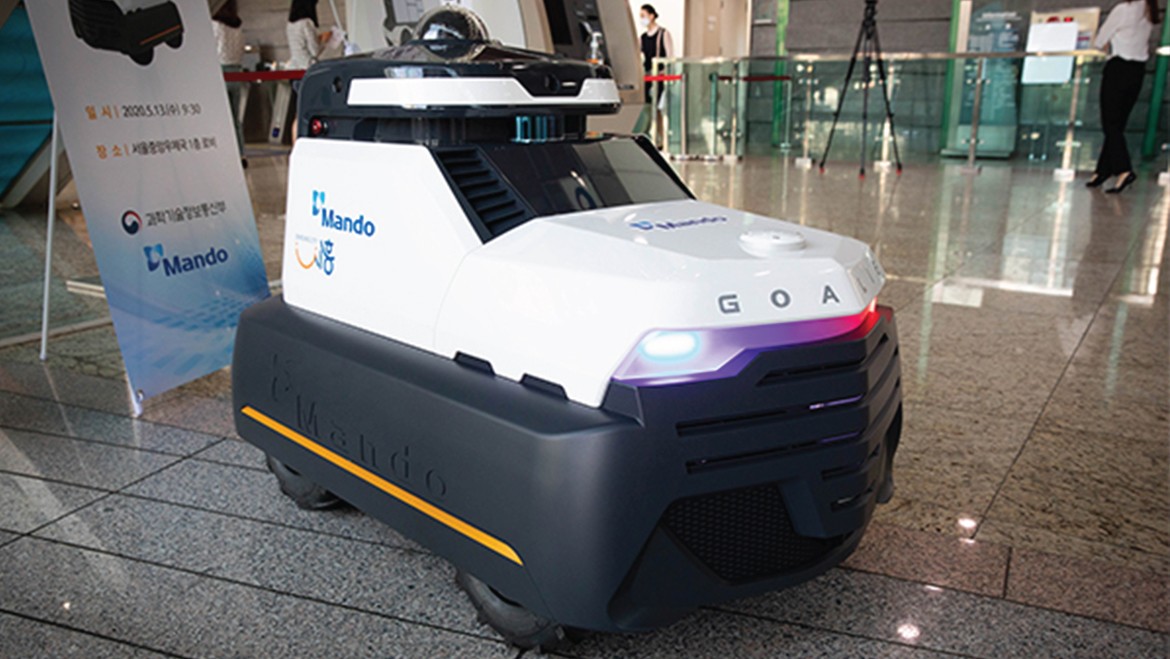 Intending to have a significant position in the automotive world of the future with the hardware and software it developed in autonomous driving technologies, Mando introduced Goalie, an autonomous patrol robot.

Where Does the Name Goalie Come from?

Mando, one of the most notable automotive spare parts manufacturers of the world, is known for its sponsorships in South Korea, its home country. This autonomous patrol robot developed by Mando is named after the goalie position in ice hockey. It refers to the goalie responsible for protecting his net and preventing the other team from scoring.

Goalie owes its emergence to Mando's efforts in the field of autonomous driving. Developed at Woongok Campus, the robot is equipped with two laser-based sensors called LiDAR that are able to detect the distance of objects. Mando's advanced artificial intelligence technology, on the other hand, analyzes the data from the robot to ensure its optimal functioning.

The Robotic Technology Contributing to the Social Life

The difference that Mando made with the project Goalie is a fine example of how robotic technologies can contribute to the social life. Started to patrol around Baegot Park of 661,000 square meters in Siheung, South Korea, Goalie makes visitors of the park feel safe. Goalie is one of Mando's technological solutions that contributes to the social life not only in the automotive field but also in other fields.

A Safer and More Comfortable Future With Intelligent Mobility

Carrying out joint works with the world's leading automotive manufacturers in the field of autonomous driving technologies, Mando uses its experience and know-how from these efforts in its intelligent mobility solutions as well. Intelligent mobility technologies essential for the intelligent cities of the future with reduced carbon emissions and safer and more comfortable transportation means account for a significant part of Mando's vision of future.